Fat Tuesday found me draped across a barstool while wonderful Wally “set ‘em up” as my pre-penitential push for partying unfolded in downtown South Bend. A band of revelers came in, handed out beads and headed back into the snowy South Bend darkness while I continued to stave off  thoughts of the rigors of the coming Lenten season by doing elbow bends and yuking it up with Wally.

Isn’t that fun? Doesn’t it remind you of the beginning of some hard-boiled detective novel or film?  While it’s true that I’ve mentioned in the past that I’m a Kentucky girl and therefore have a nodding acquaintance with brown-colored, strong drink, this tale isn’t going in the direction of murder and mayhem or even a tamer tale of drunk and disorderly. Nope; soul-bearing is the direction that I’m headin’ here—that is if I can shake this film noir pseudo-persona and return to reality.

But let’s not leave that world of black and white just yet . . . In film and television crime dramas, frequently during an all-out manhunt, a compulsive-confessor character will be featured. You know, some tortured person who has a need to wander into the precinct and unburden himself by falsely confessing and muddying the plot for a bit. In my irreverent mode, this character always comes to mind when I’m on the Notre Dame campus and stroll past the very nice statue of Saint Edward the Confessor. Although he actually wasn’t one of those wimpy blame-takers at all; in the Medieval-king way he could be quite ruthless. In my mental scenario though, I see old Edward in his crown and royal garb stride into the precinct and confront the hapless desk sergeant with some babbling tale of wrong-doing. Best imagined as happening on a rain-swept, foggy evening—in grainy black and white of course. But I digress.

They say that confession is good for the soul. And, apparently, folks besides old King Edward feel that there is truth in that adage. Just look on the internet at the proliferation of blogs. As a society, we seem to all have become compulsive-confessors. But, before we go too far into that, think about this quote from one of my favorite writers, Tom Stoppard. “Confession is an act of violence against the unoffending.” In addition to the hapless desk sergeant and the internet—and clergy and mental health professionals, naturally—bartender and hairtender seem to be big occupations where those sitting in the chair seem likely to feel compelled to confess. With bartenders, it might be the effect of the aforementioned “strong drink” that urges folks to unburden themselves. With hairtenders though, I’ve decided that it’s the unaccustomed inactivity. As a society, we’re not really very good at doing nothing. But, there we are, sitting captive for 30 minutes or longer, doing nothing, so we make conversation. And, not just polite chit-chat, but soul-bearing secrets. I know this because I’ve observed others while I wait my turn to hop up into the chair.

Doug has been my hair tender for about 15 years and during that time, I’ve tried not to, in the parlance of film-noir, “spill my guts,” but you don’t spend that much time together with someone without things seeping out. He probably has had many opportunities, just due to the length of time, to gather a certain amount of “the goods” on me. He’s seen me through not just bad-hair-days, but job ups and downs, marriage, grandchildren and retirement and basketball seasons. In short, he’s had plenty of opportunity to see petty thoughts and vindictive actions expose themselves despite my best efforts to conceal this dark and seamy side.

Probably best just to give in and go back to grainy black and white with a quote from Ellis Peters: “They sell courage of a sort in the taverns. And another sort, though not for sale, a man can find in the confessional. Try the alehouses and the churches.” And the hair tenders. 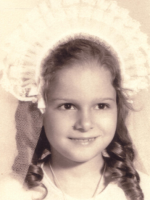