The Kent County prosecuting attorney now has the first part of a Michigan State Police investigation into the killing of Patrick Lyoya.

Lyoya was fatally shot by a Grand Rapids police officer earlier in April.

But Kent County Prosecutor Chris Becker says he will not make a decision about whether to charge the officer until he has the full report from state police.

"While I appreciate the continued work of the Michigan State Police on this incident, as noted in their press release, they have submitted an incomplete report," Becker said. "I will begin to review the materials they have gathered at this time; but I cannot, and will not, make a final decision until they submit all the necessary information."

The MSP says it's still waiting for forensic reports from the manufacturer of the officer's body camera and Taser.

In a statement, the MSP wrote, "The investigation remains in on-going status as detectives await the return of forensic reports from the manufacturer of the body camera and Taser. Those reports will be forwarded to the Prosecutor once received. Detectives will conduct any additional investigation requested by the prosecutor or if new information is generated."

As of the publication of this post, the attorneys for the Lyoya family have not yet responded or released a statement. This is a developing story. 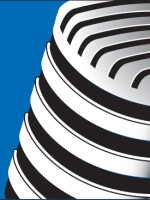