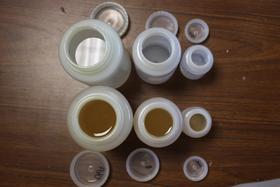 Stephen Busch and Michael Prysby are facing a variety of charges related to their role in the Flint water crisis. Busch and Prysby were mid-level officials in the Michigan Department of Environmental Quality during the crisis.

The two allegedly failed to make sure Flint River water was adequately treated to reduce corrosion.  The result was the river water damaged pipes which leached lead into the drinking water.

Prysby and Busch’s attorneys are challenging the appropriateness of ‘misconduct in office’ charges against the pair. In the past, the charge has been used against elected officials and police officers accused of using excessive force.

13 current and former state and local government employees have been criminally charged as part of a state probe of the Flint water crisis.  Two have agreed to cooperate with prosecutors in exchange for pleading to lesser charges.