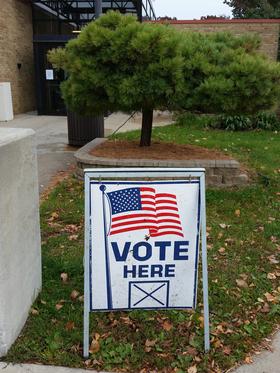 Democrats in Lansing have renewed their mission for a Voter Bill of Rights.

Democrats in the state House attempted to pass a resolution to amend the Michigan Constitution last year. This time, State Representative Jon Hoadley is spearheading the effort.

Hoadley said a Voter Bill of Rights would empower people and let them know their voices are heard.

“The entire process from registering to vote in Michigan to dropping your ballot in the ballot box hasn’t improved in 20 years while other states, Red and Blue, have left us in the dust,” he said.

The Voter Bill of Rights would include; the right to no-reason absentee voting, early in-person voting, the ability to register to vote up to 15 days before an election, the ability for registered voters to remain registered and eligible to vote when they move to Michigan, and automatic voter registration for any eligible person issued a state driver’s license or ID card.

“We want to hear their voice heard, regardless of who they vote for, regardless of what party they’re a part of,” she said. “Their voice matters in Michigan, and this legislation will bring us one step closer to being in par with many other states.

Republicans and Democrats have gone in opposite directions with what Michigan’s voting policy should be. Last year Republicans offered bills for stricter voter identification laws.