Officials say things are getting better in Flint. This family says things are worse.

Today, government officials and independent researchers say the drinking water in Flint is much improved.

But the MacIntyres, like many families in Flint, are not convinced.

“Flint today is actually worse than it was last year and the year before,” says Laura MacIntyre.

Laura and her husband Sean have three children. When we spoke to them last year, they showed us what it was like having to use bottled water for many daily tasks.

Here’s how they described it in December 2015:

More than a year later, the MacIntyres say the situation has not improved for them.

(How do people in Flint describe how things are today? Go to #MyFlintStory for more.)

They still rely on bottled water. They use 10 cases a week. 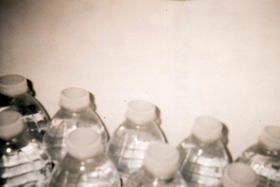 They worry that there hasn’t been enough focus on testing for things beyond copper and lead. Fear of Legionella bacteria is still a major concern for them, for example.

Testing by the state and by Virginia Tech has shown that bacteria levels have gone down in the system.

But the MacIntyres don't buy it.

(Support trusted journalism like this in Michigan. Give what you can here.)

we're now approaching the end of the public health crisis." 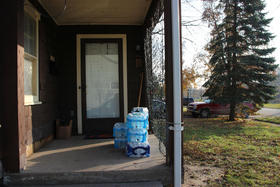 “It’s almost like you need a secret decoder ring to look at your bill, and figure out what credits - where they’re coming from, what they’re applied to - it’s always a mystery.”

Do you live in Flint? We want to hear about your experiences. You can share them here. Or by using the hashtag #MyFlintStory on Instagram or Twitter.