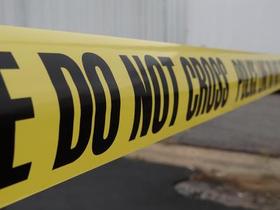 A portion of the state Senate budget is getting pushback from the Michigan Crime Victims Services Commission.

The Senate voted to move crime victim services out of the Department of Health and Human Services – and into the Attorney General’s Office.

The budget still has a few steps to go through before it’s finalized. So the commission drafted and unanimously passed a resolution urging lawmakers to reject an effort to move the state’s crime victim services, funding and programs into the Attorney General’s Office.

Committee member James McCurtis is the director of Crime Victim Services at the Michigan Department of Community Health. He said the department of Health and Human Services gives the programs access to inter-related programs like mental health treatment.

“So we want to make sure that we can provide that comprehensive approach to making victims whole again right here in one department,” he said.

Republican Senator John Proos proposed the amendment to the senate budget.  He said he wants to make sure victims resources are operating at their highest efficiency, and this might be the way to do it.

"At this point we’re saying, if it’s not broke, let’s not try to fix it unless we’ve been shown there’s an improvement that needs to be made,” he said.

Proos argues that lots of other states house their crime victim services in the Attorney General’s office.

“The Attorney General with the role and responsibility of being the top law enforcement official in the state,” Proos said. “It seems the most logical place for that.”