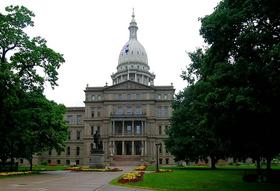 The survey of officials from 1,300 cities, counties, townships, and villages was conducted by the University of Michigan’s Ford School of Public Policy.

There was no consensus on what to about financially struggling local governments, says survey director Tom Ivacko. But he says says there was general agreement that emergency managers have too much power.

“There’s kind of a mixed message once you start digging below the surface,” he said, “but one thing that really stands out is strong support to reform the law in numerous ways.”

Ivacko says local officials also say the state needs to take more responsibility for the problems it creates with cuts to revenue sharing and unfunded mandates.

-63 percent of those surveyed said emergency managers should focus on improving services as well as cutting spending;

-57 percent like the idea of an ombudsman to oversee emergency managers and hear local concerns;

-48 percent said emergency managers should have to consider the impact of their decisions on disadvantaged groups.

Governor Rick Snyder says he’s open to changing the law to address problems brought to light by the Flint water crisis. He’s not proposing an overhaul plan, but says he’s willing to consider ideas that are presented to him.