Michiana Chronicles: Fortnite, the war in Ukraine, and banned books

I did not grow up playing video games. In fact, I was rarely allowed to watch television. Saturday morning cartoons on network tv were forbidden until the list of chores was complete and by that time, I was already out the door on my bike or deep into a Nancy Drew. So, when my husband and I decided to purchase an Xbox for our kids, I was determined to keep their level of play to just a few hours a week to blocky Minecraft builds. When the pandemic descended in 2020, we accepted our isolated fate and downloaded Fortnite as a necessary, albeit ironic distraction from the COVID-induced trauma happening all around us.

Yet even with a furrowed brow and haughty disdain, curiosity got the best of me. I flinched watching my kids eagerly point and shoot, the acoustics of the automatic weapons reverberating and bouncing off our plaster walls like organ notes in a church. My kids and husband bonded beautifully over this new pastime while I had the dirty work of balancing ridiculous amounts of screen time with brisk walks and board games.

Eventually, our kids returned to school in the Spring of 2021 and Fortnite play naturally subsided. My mission to keep both my kids literate by that point had boiled down to threatening to obliterate the Xbox instead of just hiding the controllers. Read! I would plead. During summer break, I tucked my tattered copy of The Diary of Anne Frank in my daughter’s suitcase as she headed off to camp, fingers crossed she would devour it on a rainy afternoon.

Thankfully, she did read Anne Frank at camp and enjoyed it, much to her surprise. And so, this began new discussions of banned books and the controversial topics in them, like war, race, puberty, and sex. I acquired more banned books to keep the conversations going but getting my kids to actually read these books is rather difficult…. about as difficult as asking them to put aside their electronic war games for a few minutes to watch the news about the actual shelling in Ukraine. When I point out images of trenched, roadside mass graves, my son tells me it makes him sad, his body shifting uncomfortably. I explain that it is our duty to witness this war, the suffering of the Ukrainian people. They are being ruthlessly massacred by a madman; their bodies do not magically evaporate like an avatar eliminated in Fortnite.

Are you discussing the war in school, I ask? Yes, they say, of course! But I wonder, how does a unit learning about the Holocaust compare with the $144 million dollars raised for Ukraine from addicted Fortnite gamers this past month? Which one captures their attention more? They see this as an incredibly successful fundraising effort not virtue signaling. I opt to donate to the UN refugee fund and encourage my kids to watch the news with me, read a controversial or banned book like Maus or Class Act, The Bluest Eye, which I leave in strategic places around the house. This is my attempt to build their capacity for empathy in their fellow humans, to affect their minds and open their hearts.

It is difficult work to undo actually, this frantic decision of pandemic-fueled online gaming that kept our kids socialized during the last couple of years. We’ve allowed them to engage in war games, passively encouraging battle strategy and knowledge of machine gun warfare. But how do we rank when it comes to imparting any real awareness of the here-and-now, of the horrors of actual gun violence, our ongoing domestic struggles with racism, sexism, classism… and being on the brink of getting pulled into a third world war in Ukraine? I think our efforts need a swift kick in the pants. We can’t outsource these conversations to the schools alone; state legislatures don’t seem to want to take part in this as they ratchet up their assault on curriculum, historic facts, and what I believe is essential literature. We must engage our kids ourselves. The effort required may just be as simple as turning off the Xbox. 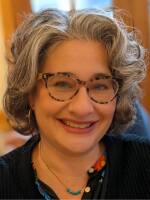