Indiana has confirmed monkeypox infections among men, women and children, according to an Indiana Department of Health briefing addressed to health care providers on July 22 and obtained by WFYI.

As of late last week, monkeypox cases had been identified in a handful of Hoosier women, representing 20 percent of the roughly 30 confirmed cases confirmed in Indiana at that point. The presentation by IDOH chief medical officer Dr. Lindsay Weaver also mentioned there are cases among children.

IDOH did not respond to requests from WFYI for more information about monkeypox cases among women.

The Department announced July 29 that a total of 45 monkeypox cases have been reported as of July 28. Two of those are among children.

“No additional information about the cases will be released at this time due to patient privacy,” the agency said in a press release.

While the World Health Organization identified most cases globally in men who have sex with men, monkeypox is not considered a sexually transmitted infection; it spreads through close skin-to-skin contact, such as touching a lesion or exchanging saliva, or touching items or surfaces shared with an infected person. Anyone can get it.

In an interview with WTIU/WFIU News, Weaver said the majority of cases in Indiana so far are among men who have sex with men.

This is a development health officials are keeping a close eye on.

"We've got to understand the modality of transmission, the manifestations, also the risk for people like children and pregnant women," Dr. Anthony Fauci, chief medical adviser to President Biden, told NPR. "There's really a profound risk."

The U.S. has two documented monkeypox cases among children, according to data shared by the Centers for Disease Control and Prevention on July 25: a toddler in California and an infant whose family was traveling in Washington, D.C. The agency’s data reflects cases reported by state health departments and may lag behind state-level data.

The Marion County Public Health Department had reported its first two monkeypox cases on July 13. The cases have risen to 17 cases as of July 28. It’s not clear if this increase in cases is factored into the latest CDC numbers.

“We must all be vigilant in understanding that, while some individuals are at a higher risk for monkeypox, it can spread to anyone,” said Dr. Virginia A. Caine, director and chief medical officer of the Marion County Public Health Department, in a press release. “Be aware of the symptoms, and please seek the help of a medical provider if you have any questions.”

Monkeypox infection numbers are still low in Indiana relative to other states.

The Indiana Department of Health does not currently have a public dashboard listing monkeypox cases. But according to the briefing to health care providers, the department is working on creating a data dashboard that includes locations and demographic information.

Infections in Indiana are spread among 12 Indiana counties, according to data presented in the IDOH briefing.

Across the U.S., cases are confirmed in 46 states, plus Washington, D.C. and Puerto Rico. The highest number of cases are seen in the following states: 1,228 cases in New York, 799 in California, 385 in Illinois, 332 in Florida. Some states, including Kansas, Kentucky and Missouri, currently report only a handful of cases.

The CDC says monkeypox patients should isolate themselves as long as they experience symptoms. If the patient’s household has children under 8 at home, they should consider isolating away from them, because young children, pregnant women, immunocompromised people and those with a history of atopic dermatitis or eczema are considered high risk.

Data about infections in children are limited and the CDC is working to learn more, according to Kate Fowlie, a CDC spokeswoman. For children who contract monkeypox, treatments are available.

“Both JYNNEOS vaccine and TPOXX (tecovirimat) treatment are available for children under special expanded access protocols,” Fowlie said in an email. “CDC has developed guidance for healthcare providers about identifying, preventing, and treating monkeypox in children and teens.”

So far, Indiana has received 3,232 doses of Jynneos vaccine, according to state officials.

“Due to limited vaccine supply, vaccines are initially being prioritized for close contacts of positive cases to prevent severe disease,” IDOH said in a press release. “Additional vaccine is expected soon, and eligibility will be expanded to groups at high risk for exposure as supplies increase.”

This story comes from a reporting collaboration that includes the Indianapolis Recorder and Side Effects Public Media — a public health news initiative based at WFYI. Contact Farah at fyousry@wfyi.org. Follow on Twitter: @Farah_Yousrym. 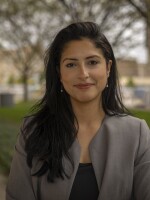