Listener Commentary: A Declaration for Independence

As the new college football season settles into its first full month, still-unfolding conference realignments have some experts suggesting Notre Dame should abandon its football independence and finally join a conference. As a historian who cares about Notre Dame, and its football team, I hope university officials remain committed to independence – because of the lessons of history – especially the experience of Pitt, Penn State, and Miami of Florida.

These schools were all national powerhouses as independents, but dropped off markedly after joining conferences in the 1990s. In the ’70s and ’80s, they combined to win 6 national titles; Miami claimed another in 1991. (Further demonstrating the power of independents in those years, Notre Dame won 3 titles of its own.) For most of that era, there were 4 major bowls – Rose, Cotton, Orange and Sugar. Conference champions won 5 of the 8 berths in those games, leaving 3 at-large spots each year in college football’s most prestigious bowls. And Penn State, Miami, and Pitt often claimed them. The Fiesta Bowl became the fifth major bowl when it staged a national championship game between Miami and Penn State after they finished the 1986 regular season as the top two teams in the national polls – for the second straight year.

Pitt was the least impressive of the 3, yet in the 7 seasons from 1976 through ’82, it won a national championship, twice finished as national runner-up, and won a pair of Sugar Bowls. It also appeared in the Cotton Bowl after the ’82 season. It has not had anything like that kind of success since joining the Big East, or later moving to the Atlantic Coast Conference.

Penn State, meanwhile, had a remarkable record as an independent. In the 19 years from 1968 through ’86, Penn State won 2 national titles, played for 2 more, finished second in the final polls twice, had another perfect season, and made a total of 10 appearances in the Cotton, Orange or Sugar Bowls. 13 times in those years, Penn State won 10 or more games – when regular seasons consisted of only 11 games.

To put it bluntly: for nearly two decades as an independent, Penn State was a perennial national power, with a profile few schools could match. Since joining the Big Ten, though, Penn State has only gotten close to a national championship once – in 1994, just its second season in the conference.

As good as Penn State was, though, in the ’80s Miami was the country’s most dominant program. From 1983 through ’91, the ’Canes ended every season in a New Year’s Day bowl, and won four national titles. After the ’85 season, Miami went into the Sugar Bowl ranked second in the country, with a chance to claim a share of the national championship with a win. The ’Canes also lost the ’86 title game – to Penn State – and finished second, to Notre Dame, in ’88, after losing to the Irish, in South Bend, by a single point. As was the case with Pitt and Penn State, conference membership has coincided with a notable decline in Miami’s football fortunes. The ’Canes’ 1991 national title came in their first year in the Big East; they won another national title in 2001 and came agonizingly close in 2002. But as a Big East member Miami was not as dominant nationally as it had been previously. And as a member of the ACC since 2004, despite occasional flashes of success, Miami has struggled to remain relevant in the conference.

Proponents of conference membership might point out that recent national champions like Georgia, Alabama, Clemson, and Ohio State were all conference members. But these were schools with long histories of conference membership. It is likely that for Notre Dame, the experience of Pitt, Penn State and Miami, as long-time independents, is more relevant. Proponents of conference membership also might argue that other factors were more important to the decline of these programs: the loss of successful coaches at Pitt and Miami, the Sandusky scandal at Penn State. Still, we are going on 20 years at Miami, nearly 30 at Penn State and even longer at Pitt, with these one-time national football powers being unable to maintain the football glory they knew as independents. This is a striking consistency, and one Notre Dame’s leaders should consider carefully before abandoning football independence.

John Soares teaches history, including history of sport, at Notre Dame. This represents his opinion, and not that of Notre Dame or its athletic department. 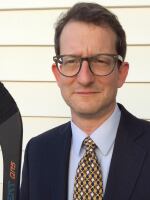