Students at the Independence Academy in Indianapolis are quick to tell you what they like about the school: their friends — and seeing them in person.Kate is a 15-year-old high school sophomore who loves theater and her school, but she admits she sometimes slept through her virtual Zoom classes. And she missed her friends when school went remote several times during the last academic year.

“I just thought being in person is better, just for me — mentally and physically,” she said. “Because I like to be with people. I don’t like seeing people on computers.”

Nearly all of Kate’s classmates at the private school expressed a preference for in-person learning. The Independence Academy serves about 40 students who are on the autism spectrum in grades 4 through 12, with additional programming to help students transition from secondary school to college.

As schools scrambled to deliver special education services in an online format during the early months of the pandemic, students with disabilities faced unique challenges. In-person therapies were not available. Student learning plans were not always updated, or their plans weren’t followed. Some students struggled to use laptops and engage in online instruction.

Now, anecdotal evidence suggests some students are still not getting adequate services due to the state's special education teacher shortage.

Initial research suggests the pandemic may have exacerbated preexisting achievement gaps between students with and without disabilities. In Indiana, it’s still not clear how the pandemic impacted students receiving special education services. But the data made public so far by the state education department has concerned advocates:

And a report from the U.S. Department of Education states that the results of a nationwide survey conducted last year indicates that students with disabilities may have faced more mental health challenges and reported less positive experiences with school work than their neurotypical peers.

But special education students lost more than classroom time and educational services; they also lost social opportunities. While many students with disabilities have returned to the classroom, educators and experts are concerned about the long-term effects on their social, emotional and behavioral skills.

Like other schools across the country, the Independence Academy moved online for the remainder of the 2020 school year due to the coronavirus pandemic. It reopened for in-person lessons last fall. Most of the COVID-19 safety protocols employed last school year, including masks, are still in effect.

The Independence Academy is designed to meet the needs of children on the autism spectrum, said Marisa Gill, the school’s director. The school, which leases space from a church in the Meridian-Kessler neighborhood, features two sensory rooms. The rooms include fidget toys, exercise equipment, wobble chairs — chairs that move when you sit on them — and yoga mats. Gill said when students feel overwhelmed by emotion, they can leave class to come to one of these rooms. 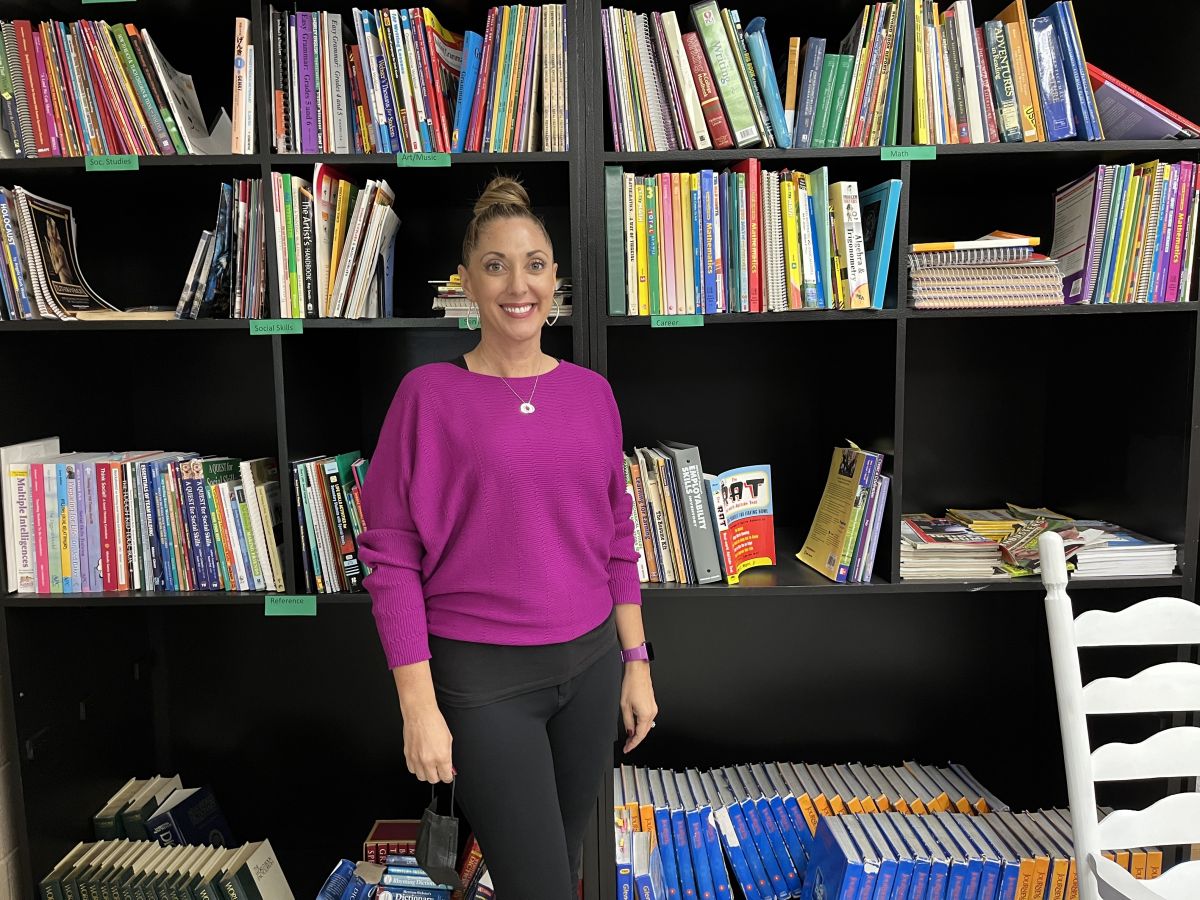 “There are certain things that we can do for our students that just make such a world of difference,” Gill said. “For them to have a place to escape to or go to to calm, it really does make a huge difference.”

She said allowing students to leave the classroom helps them learn how to regulate their own emotions.

But that couldn’t happen when class was taught over Zoom.

“I know the teachers did everything that they could do, and the parents and the students, it really just is not the same as that face-to-face interaction, and modeling for the students different behaviors or different interactions, which is part of what we do,” Gill said.

She said initial assessments indicate that students at the Independence Academy did not lose a significant amount of academic skills. But she’s witnessed regression in other ways.

While school was online, Gill said she noticed that one student began engaging in problematic behavior she had previously worked to overcome.

“So, that was really, really hard to see the regression in that way, because the behavioral component is an important component for us, too,” she said.

Gill’s observations line up with Jess Dosen’s experience. Dosen’s son Mason is 10 years old. He has Down syndrome and attends school in Hammond, a city in northwest Indiana. Dosen said virtual learning did not work for Mason.

“It was absolutely horrible,” Dosen said. “And most of the time, like we’d be sitting in my dining room and we would be fighting. I'm trying to like, hold him. And then I feel like a maniac because the teacher is thinking why can’t this kid listen to his mother. Like, you just feel terrible like what are we supposed to do. And he's so stubborn.”

At best, Dosen said Mason could tolerate about an hour in virtual school, but sometimes it was only a few minutes per day. Mason also lost access to special education services, including weekly speech and occupational therapy that Dosen said his school did not provide for the remainder of the 2020 school year and half of the 2020-21 school year. Additional therapies that Mason received outside of school were also halted during the pandemic, Dosen said, and he’s now on a waitlist to begin receiving them again.

But it wasn’t just educational and therapeutic services that Mason lost, Dosen said; he also lost out on social opportunities. She said school is the one place where Mason can engage with his peers and practice social skills.

“I definitely know he's not going to get any of that time back,” Dosen said. “And I felt like he lost a ton. It made him a little more stubborn, actually, too, because he got too used to us.”

Mason is now back in school full-time, and Dosen said he’s much happier. She said the school is once again providing speech and occupational therapies. But his opportunities for socialization are still limited due to the pandemic; she said his school previously planned to allow Mason to take some general education classes with his neurotypical peers, but that’s been put on hold to limit exposure to the virus.

“He was gonna go to lunch with a different buddy every day. But we can't do any of that, because nobody's allowed to leave the classrooms,” Dosen said. “So we're kind of stuck … I feel like we're missing out on all that stuff this year.” 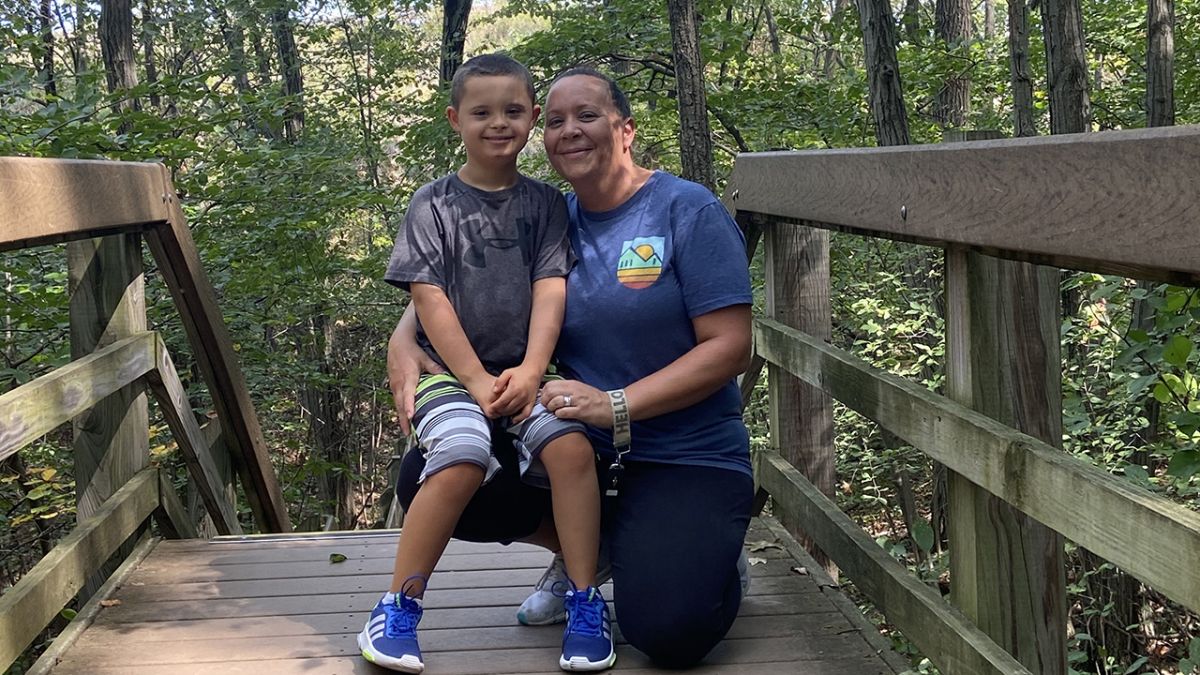 Sarah Hurwitz, an associate professor at Indiana University, said teachers across Indiana are concerned about the loss of social opportunities and skills among students with disabilities. Hurwitz recently surveyed more than 100 teachers and specialists who work in about 40 districts throughout the state, and she said the results indicate that special education teachers are worried about the mental and social well-being of their students.

“Everyone knows that there's going to be some academic implications for the pandemic and the teachers know that,” Hurwitz said. “But what they're really the most concerned about were things beyond the academic disruptions, like behavior and social disruptions.”

Hurwitz said many of the teachers she surveyed wrote contingency plans into students’ individualized education programs to ensure they could work toward their goals in an online format. But they often struggled to adapt goals related to social and behavioral skills into a remote learning format.

“[Students] didn't get to do work on social goals from when they're in virtual or hybrid situations very easily,” Hurwitz said. “And even when they were at school, the social distance requirements made it difficult to work on social skills. So they missed like a year and a half of social development that they really needed support with.”

“They're already stretched as a profession. And then they had all of these additional expectations and work on top of it, which really increased the burnout,” Hurwitz said.

Indiana has a shortage of special education teachers, and both educators and experts, including Hurwitz, worry that a recent change in teacher licensure policy could worsen the crisis — at the same time that students with disabilities need an increased level of support in school.

Hurwitz said it’s too early to tell what lasting implications the COVID-19 pandemic will have on the academic, social and emotional well-being of students with disabilities.

“It's not clear to me how quickly they'll rebound,” Hurtwitz said. “I hope it will be better than expected. But I just think it matters who their teachers are and how high quality their supports are.”