Hey Linda, what is movement?

Well, according to the Oxford English dictionary, movement is:

An act of changing physical location or position or of having this changed.

I see. Then perhaps, movement is Léna Blou, a dancer and choreographer from Guadeloupe. It is an expression of being and history. It is Gwoka, a traditional dance of Guadeloupe to the beat of Ka drums. The Creole expression “Bigidi mé pas tombé” [you stumbled but did not fall]. Movement and Gwoka are “The impossible danse.” Movement is making one with imbalance, interference, and unpredictability. The seemingly drunken gwoka dancer stumbles, sways, freezes, trips, falls back on their feet, slows down, struggles over invisible obstacles, leaps, but does not fall. Movement is adapting to, contradicting, and rising from the tempo of a persistent pandemonium, within and without. Movement is trusting our bodies as they are to express the now and the continuum, within and without.

Movement is an expression of our joy, grief, apathy, and fear.

Movement is playful, curiosity - an exploration.

Movement is an expression and honoring of mutual relationship to the Earth.

Cool! What else is movement?

According to the Oxford English dictionary, movement is also: A group of people working together to advance their shared political, social, or artistic ideas.

I get it. Movement is being attuned to and freeing our hearts, brains, and feet from personal and cultural histories. It is leaning in to the courage and discipline of our facial muscles warming up to the beat of someone else’s improbable language. Movement is immigrating towards the pull of the unfamiliar and into the comfort of belonging. Moving is attuning. It is sharing a space, it is circulating resources, skills, and knowledge beyond the gated community of the 1%.

Movement is our ancestors breathing through us.

Movement is knowing we are not alone, we move together.

Movement is a fiesta.

Movement is how we shape ourselves, and we are also shaped by our movement.

According to the Oxford English dictionary, movement is also: A principal division of a longer musical work, self-sufficient in terms of key, tempo, and structure.

Movement is time and timing, an ongoing braiding for some, an ancient spiral in constant flux for others, or a unidirectional tight-rope. Movement is embracing with our minds and bodies that the braiding leads to movement.

Movement is an expression of the creative fire within and also fans the flames of our creativity.

Movement is a beating heart, beating in rhythm with the pulsation of the Earth.

Movement is experienced and felt, impossible to verbalize.

Movement is the expansion and contraction of the breath.

Have we exhausted movement yet?

Not quite! Once more according to the Oxford English dictionary, movement is also: An act of defecation.

Ah! Then, we might as well wrap up on etymology, a marker of how words have been digested through time.

Etymologically, movement is motion, it is mob, it is emotion, a moment, a momentous commotion, a motif and a motive, a motor for mutiny; a removing, a motion, a mob, it is the moment of emotion. 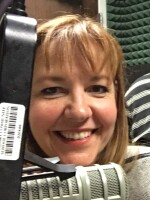