Almost 191 unionized employees at MonoSol are nearing a week of labor-strikes. The strike started after they received their newest contract proposal. MonoSol’s union, Teamsters 135 said the strike was a result of 62-hour work week because of “forced overtime”.

The strike began on Nov. 30, when contracts expired at midnight.

Teamsters 135’s president elect, Dustin Roach, said the biggest issue in reaching an agreement on a new contract is forced overtime. The employees are made to work 60 hours or more pew weeks. This is according to the local 135’s article on the strike.

In local 315’s article, Roach said the company has offered the workers a significant pay hike over four years and no forced overtime for a year. But Roach believes the increase doesn’t keep up with inflation. Workers instead want a first year pay hike equal to the rate of inflation and to negotiate pay.

MonoSol said in previous contracts that they can impose mandatory overtime if the extra shifts are not covered by veteran workers.

Yesterday MonoSol released a statement amid the almost week-long strike and negotiations.

The statement in part said:

MonoSol, is the exclusive distributor of water-soluble products to Proctor and Gamble nationally. It is a division of Japan-based Kuraray. 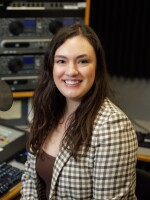